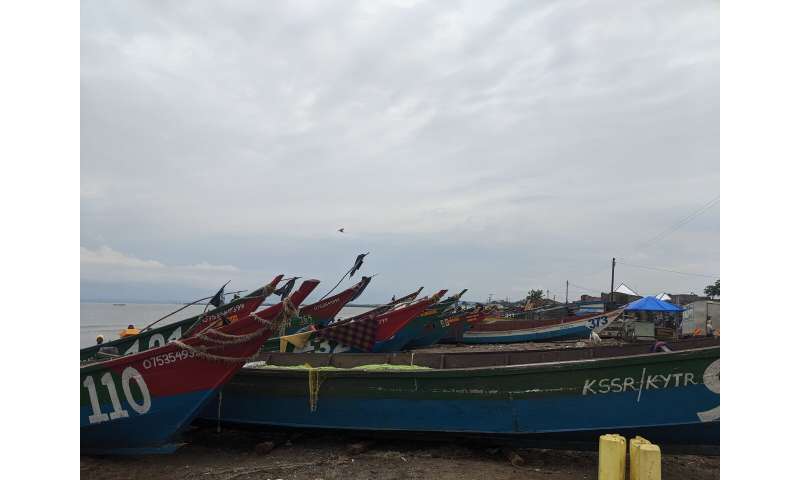 Areas of high HIV prevalence, known as ‘hotspots’, do not necessarily fuel the epidemic in the wider population, say researchers.

Hotspots are often targeted for intense HIV control interventions, including treatment and prevention, to maximise their effect and reach the people in greatest need first.

These strategies often assume that hotspots are also sources of disease transmission to other areas, and that targeting hotspots will have the added indirect benefit of reducing new HIV infections in the wider population.

However, a new study by an international team of researchers, led by scientists at Imperial College London and the Rakai Health Sciences Program in Uganda, suggests this is not necessarily the case. Instead, the research shows that some hotspots seed very few infections to neighbouring communities and actually receive more infections from outside.

The study was carried out with ‘hotspot’ fishing communities on the shores of Lake Victoria in Uganda, where approximately 40 percent of the population are infected with HIV, amongst the highest HIV prevalence levels in the world. The team mapped how disease was transmitted between these communities and larger inland communities with much lower HIV prevalence.

Contrary to expectation, they found that more HIV infections were driven by the inland communities with lower HIV prevalence than by the HIV hotspots. The results are published today in Lancet HIV.

Lead researcher Dr. Oliver Ratmann, from the Department of Mathematics at Imperial, said: “Our finding shows that HIV disease dynamics are not as obvious as they may seem, and advises caution against equating and stigmatizing hotspots as population groups that drive HIV spread in Africa.”

Co-author of the study Dr. Kate Grabowski, from the Johns Hopkins Bloomberg School of Public Health, added: “We were really surprised by the findings. Lake Victoria fishing communities have long been assumed to be drivers of transmission in neighbouring East African communities; however, our results show that is likely not the case.”

The team used recent advances in molecular biology and advanced statistics to map the transmission of HIV between people—the chain of infection events that lead to someone getting the disease.

This is possible because the virus changes subtly as it is passed around. Previously, scientists using this information had been able to say if the disease had likely passed between two people, but not which direction was more probable.

The new study was conducted as part of the PANGEA-HIV consortium, an international partnership to use viral sequence analysis to assess the transmission of HIV in Africa funded by the Bill and Melinda Gates Foundation.

The team deep-sequenced the genome of the virus from more than 2,500 HIV-positive people in Lake Victoria hotspots and surrounding inland communities between 2010-2015. They integrated this information with surveys about migration in the region, to accurately track disease spread in a highly mobile population.

Dr. Ratmann said: “It has long been assumed that the hotspot communities around Lake Victoria were a ‘source’ of HIV infections, but it seems the opposite is true, and they are a ‘sink’, with more infections originating outside the hotspot.”

The researchers suggest this surprising result might be because the fishing communities are relatively small compared to the larger inland population, and because of migration dynamics related to local economies and social context.

Despite their much lower proportions of HIV-positive individuals, inland communities have higher overall numbers of infected people, who are also more likely to move to the fishing communities than vice versa.