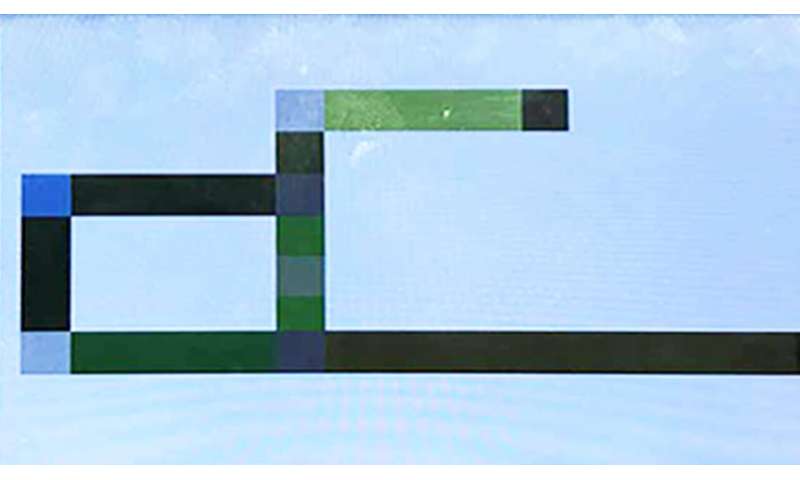 Interactive tactile maps with raised surfaces and braille labels have helped blind and visually impaired people navigate new environments for years. However, they are expensive to produce.

Researchers from the University of Maine have developed and tested a newer, cheaper and more accessible type of digital interactive map that delivers information through vibration and voice messaging. They determined through their study that vibro-audio maps can be as effective as hard copy tactile maps in aiding people with visual challenges.

Faculty from the VEMI Lab tested the effectiveness of the newest vibro-audio maps, which can be rendered on tablets and other smart devices, in enhancing skills needed for the visually impaired to learn and maneuver through unfamiliar places.

Nicholas Giudice, a professor with the School of Computing and Information Science and chief research scientist at the VEMI Lab; Benjamin Guenther, a lecturer in psychology and VEMI Lab collaborative faculty researcher; Kaitlyn Haase, research lab manager; and Nicholas Jensen, a former UMaine psychology student who graduated last year, published their findings in the journal Frontiers in Human Neuroscience. Their research was funded, in part, by the National Science Foundation.

By experimenting with vibro-audio and tactile maps and comparing results, the research team found that their new interactive map can foster spatial learning, mental mapmaking and route-finding as effectively as a traditional map.

As a result, vibro-audio maps could help drive a new era of low-cost digital interactive maps on commercially available mobile devices that more people could access, according to researchers.

“This is game-changing technology for people with visual impairments as it provides a multisensory mapping solution using commercial smart devices that 80% of blind people already own,” Giudice says.

Hard copy tactile maps typically use braille labels to identify the names of places and other written identifiers; raised elements to convey points, lines and regions; and dots, dashes, texture variations and other surface attributes to highlight the symbolic properties and feature characteristics of a territory.

Visually impaired children and adults who use tactile maps can improve their abilities to make mental maps of new places, learn and follow routes through them and solve navigational problems. Developing the physical maps, however, can be expensive and time consuming, requiring expert craftsmanship, purpose-built tools and large-format sheets or map booklets.

On the other hand, digital interactive maps like VEMI’s vibro-audio maps, which deliver information from touchscreen devices using audio and haptic cues, can be produced on tablets and other commercially available mobile devices.