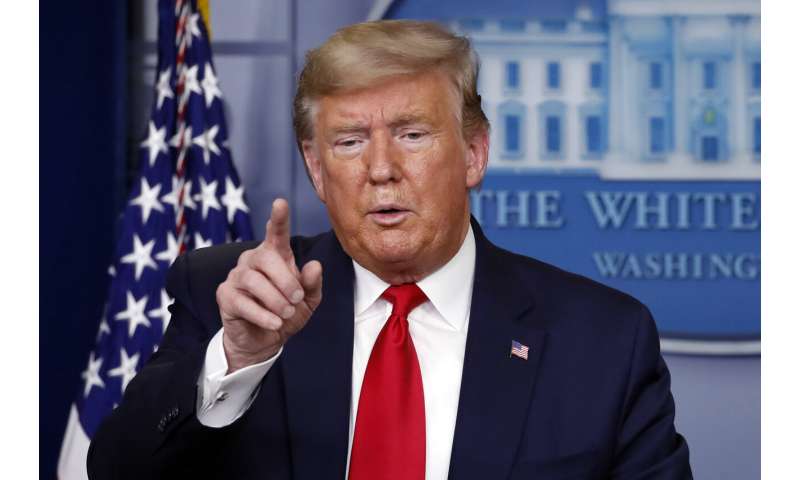 Twelve days ago, General Motors put hundreds of workers on an urgent project to build breathing machines as hospitals and governors pleaded for more in response to the coronavirus pandemic.

Experts on managing factory production say GM is already making an extraordinary effort for a company that normally isn’t in the business of producing ventilators.

“That is lightning-fast speed to secure suppliers, learn how the products work, and make space in their manufacturing plant. You can’t get much faster than that,” said Kaitlin Wowak, a professor at the University of Notre Dame who focuses on industrial supply chains.

GM expects to produce ventilators at a rate of 10,000 per month starting in mid-April. The company is working with Ventec Life Systems, a small Seattle-area ventilator maker, and both say the Defense Production Act of 1950 doesn’t change what they’re doing because they’re already moving as fast as they can, fronting millions in capital with an uncertain return.

“I don’t think anybody could have done it faster,” said Gerald Johnson, GM’s global manufacturing chief.

Peter Navarro, Trump’s assistant for manufacturing policy, said Saturday that invoking the act was needed because GM “dragged its heels for days” in committing to the investments to start making ventilators at an automotive electronics plant in Kokomo, Indiana.

It was only a few days earlier that Trump had been holding up GM and Ford as examples of companies voluntarily responding to the outbreak without the need for him to invoke the act. Then on Friday, he slammed GM on Twitter and during his daily briefing for foot-dragging. On Sunday, he was back to praising the company during another briefing: “General Motors is doing a fantastic job. I don’t think we have to worry about them anymore.”

But GM says it had been proceeding on the same course all along.

The company got into the ventilator business on March 18 after being approached by stopthespread.org, a coalition of CEOs trying to organize companies to respond to the COVID-19 disease that has already claimed more than 30,000 lives globally. The organization introduced GM to Ventec, which makes small portable ventilators in Bothell, Washington.

The automaker pulled together manufacturing experts, engineers and purchasing specialists, and the next day had people at Ventec’s facility, a short distance from a nursing home where the virus killed at least 35 people.

They worked on speeding up Ventec’s manufacturing. A few days later, GM assigned more engineers and purchasing experts to figure out how it could make Ventec’s machines. Some Ventec parts makers couldn’t produce enough widgets fast enough, so GM went to its own parts bin to find suppliers to do the job, Johnson said.

Erik Gordon, a University of Michigan law and business professor, said he thought Trump would commend GM and use it as an example for other manufacturers in the coronavirus fight.

“What came out was a smack on the head,” he said.

Gordon, who teaches a class in commercialization of biomedical goods, said Trump likely will claim credit when GM starts making the machines. “This is an election year, and on all sides you’re going to see political theater,” he said.

Critics have urged Trump to invoke the Defense Production Act broadly to control the production, supply and distribution of ventilators and protective gear for hospital workers who are running short. That’s what the act was meant to do, and it was not for use against a single company, Gordon said.

Even with increased production from all ventilator makers, however, the U.S. might not have enough of the life-saving machines. U.S. hospitals have about 65,000 of the ventilators that are sophisticated enough to treat critical coronavirus patients. It could probably cobble together a total of 170,000, including simpler devices, to help with the crisis, one expert says.

A doctor at the University of Nebraska Medical Center estimates that 960,000 people in the U.S. will need to be on ventilators, which feed oxygen into the lungs of patients with severe respiratory problems through a tube inserted down the throat. Doctors hope social distancing will stop a huge number of people from getting sick simultaneously, flattening the curve of the illness so they can use one ventilator to treat multiple patients.

Trump, in several appearances Friday, accused GM of promising 40,000 ventilators, then reducing the number to 6,000. He also said the company wanted higher prices than previously discussed.

Ventec, which is negotiating with the government to provide more ventilators, said it only changed numbers and prices at the request of government agencies, which asked for a range of quantities and prices. The company said it’s selling the ventilators, which can treat severe virus patients, at distributor cost, and it has offered scaled down versions for a lower price.

Up until late Sunday, Ventec and GM hadn’t known how many ventilators the government would buy but those details are now being worked out.

Ventec isn’t sure if it will make any money on the devices, which generally sell for $18,000—far less than ventilators used in hospital intensive care units that can cost $50,000. Johnson says GM has no intention of making a profit.

Ventec will need government money to help pay parts suppliers and ramp up its own production from 200 per month to 1,000 or more, said CEO Chris Kiple.

Invoking the Defense Production Act “shined a light” on the need for ventilators, he said, but Ventec can’t move any quicker.